Uber Drivers Protest to Kick Off During Super Bowl 50

I received a last-minute text from Mario, the organizer, and leader of the most recent Uber driver protest that took place on Monday, February 1st, 2016 where he and a caravan of roughly 150-200 horn blasting, unhappy Uber drivers descended on strategic locations throughout the city of San Francisco, including Uber’s corporate headquarters at 1455 Market st. He asked if I could meet him at old Candlestick park for a private interview with him and several other organizers where he would be making an official announcement about the already hyped up and well anticipated Uber driver protest that was to converge on and during Super Bowl 50 Sunday, February 7th. Watch the video for full details on Sunday’s Super Bowl 50 Uber driver protest.

Sign Up to Drive with Uber Today!
Get Your Uber Drive Sign up Bonus Now Up to $1,250!

Lyft is offering a limited time only Lyft $50 Free Ride Promo Code to kick off Super Bowl 50! This offer is good anywhere Lyft services are available. If you are a new user, download the Lyft app today and get $50 worth of free Lyft rides! Click Here to get rolling 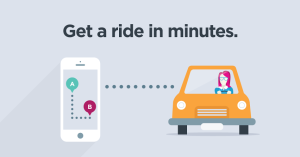