Uber and Lyft drivers are no longer considered independent contractors under California regulations. 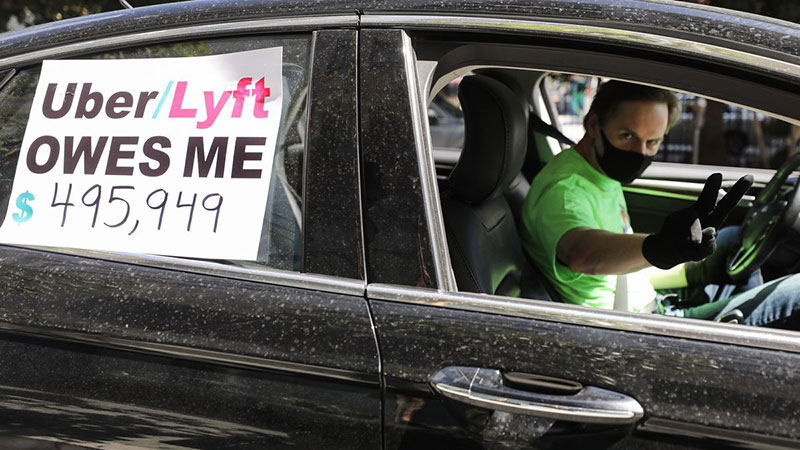 The California Public Utilities Commission recently issued an order that drivers for Transportation Network Companies (TNC), which include companies such as Lyft and Uber, are considered under AB5, California’s controversial gig work law.

California Public Utilities Commissioner Genevieve Shiroma wrote, “For now, TNC drivers are presumed to be employees, and the Commission must ensure that TNCs comply with those requirements that apply to the employees of an entity subject to the Commission’s jurisdiction.”

Shiroma also pointed out that the issue is contentious. An open lawsuit by California and three cities seek to force the TNCs to reclassify drivers. An upcoming ballot measure backed by TNCs and other gig companies seek to exempt their drivers from the coverage of AB5.

The ruling from the commission marks a significant milestone in the battle regarding the employment status of thousands of gig workers in the state.

Both Uber and Lyft were quick to criticize the ruling, stating that it could “hurt drivers’ wages.”

Ride-hailing companies have been at the center of the AB5 debate for the past several months.

Independent contracts do not receive the benefits that most full-time employees are given. These benefits include healthcare and paid leave. Until the AB5, there have been no regulations forcing companies such as Uber and Lyft to abide by labor regulations such as minimum wage.  The resistance of Uber and Lyft to the new AB5 regulation has sparked criticism across the state from drivers, activists, and lawmakers alike. The TNCs have been accused of unfairly profiting by taking advantage of independent contractors. In response to the unrest, California lawmakers have finally decided to pass AB5 to force TNCs to reclassify the self-employed workers as regular employees.

Although the AB5 ruling has drawn much criticism from the opposing end of the debate, the policy’s most outspoken opponents have been its intended targets: gig work companies such as Uber and Lyft.

In 2019, Uber sought an exemption from AB5 through a lawsuit against the state of California. Along with Uber, Lyft has also publicly stated that its drivers should not be classified as employees and has also called on taxpayers to shoulder the unemployment insurance of their contractors.