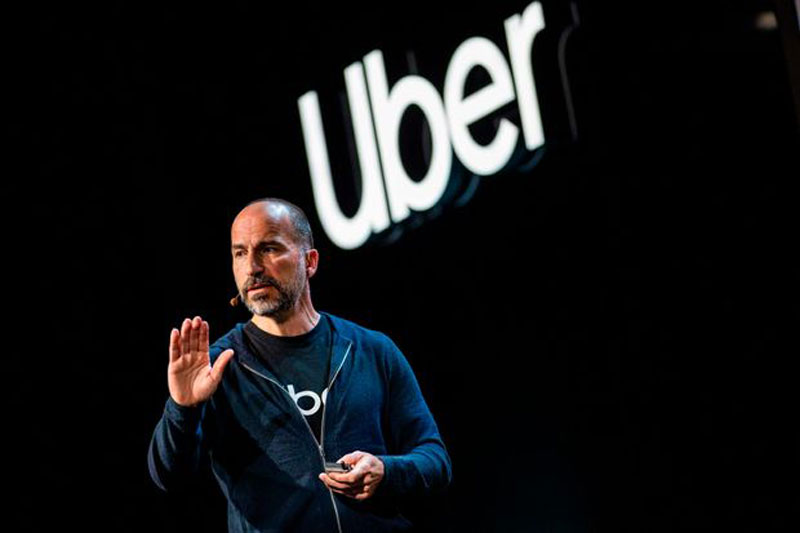 As per Uber’s policy, drivers work as independent contractors as most of them prefer to enjoy the freedom and flexible nature of work. Drivers are able to fix their working hours on their own, which gives them the much-needed flexibility. However, the elected officials and labor unions feel that working as independent contractors deprives them of various advantages like the right compensation of the workers and health insurance facilities. Moreover, a superior court of California had instructed Lyft and Uber to make the necessary changes in the employment status of the drivers and give them the employee designation that they have been deprived of for many years. With this order announced at the beginning of this week, both the companies have decided to take it to the next level to make a subsequent appeal.

With the order’s announcement, the company’s initial reaction is to shut down the services in California. Furthermore, John Zimmer, the president of Lyft, feels that if the appeal does not succeed, they will have no option but to follow the same path and join hands with Uber. While Zimmer was announcing the earning of the second quarter of 2020, he commented on the issue. He added that he looks forward to the California people who can raise their voices and ensure voting in favor of the company in November on Proposition 22. Proposition 22 is the ballot measure funded by companies like Lyft, Uber, and DoorDash that would help them to override the order and continue with the current status of the drivers working as independent contractors. This ballot is part of Plan B that the company has decided to bring into effect if they fail in overturning the legal decisions.

These companies do not want to give employment status to the driver because they would have to bear a lot of additional costs that don’t exist in the present scenario with the drivers working as independent contractors. Some of the extra costs that the companies are reluctant to bear are the minimum wage, paid rest periods, overtime payments, and other reimbursements. The company wanted the drivers to work as usual as with the current status; they do not have any extra cost to bear.

Speaking of the earnings of these companies, both of them hold a grim picture. With the Covid-19 pandemic spreading and the lockdown, the people were compelled to stay at home, which caused a striking drop in the use of app-based cabs. Lyft managed to earn $339 revenue in the year’s second quarter, which fell way behind compared to the income earned during the same time last year.  There was a sharp drop of around 61 percent in Lyft’s earnings that caused a sharp fall in revenue generation in the second quarter of this year. Lyft’s significant chunk of income comes from different trips from scooter and bike trips and app-cab rides. With no food and grocery delivery service, Lyft depends on its car-app based business as it does not have a food or grocery delivery business like Uber.

According to the CEO of Uber, Dara Khosrowshahi, Uber can’t change the employment status. Hence, there can be a complete shutdown of app-cabs in California until the ballot results are out.  Although he admitted that pulling off can be unfortunate, the court must reconsider its decision so that they can operate full-fledged in California.

An analyst at D.A. Davidson called Tom White said that investors are also to decide and prepare themselves as it is most likely that the car companies would go for pulling off their services in California.  California shares huge bookings for both the companies- for Lyft, it makes up 16%, while for Uber, it makes up 9%.

As per the CEO of Uber, the company is confident that they will win the appeal. However, if it fails to win, the Uber will stop the car services until the ballot. During the voting, the voters of California will consider the Proposition, which would allow companies like Lyft, Uber to stay away from AB5, according to which drivers must be considered as employees of the company. In May 2019, Assembly Bill 5 was passed in a California Supreme Court that brought a significant change to California’s classification of employees. Although these companies are challenging the ruling, in the meanwhile, the California Attorney General Xavier Becerra and several other city attorneys gave an injunction as a result of which the companies are forced to follow the rules as laid down in AB5 which Judge Ethan Schulman granted this Monday.

An Uber driver called Mostafa Maklad said that the words of Khosrowshahi’s are not more than any threats; however, it is not going to work as pulling off will cause them to lose their most important markets. He also added that a shutdown could be very detrimental for the driver, but he believes that they will pass this time together.

Khosrowshahi has emailed the drivers asking them to vote in favor of Prop 22 and help save their companies. However, according to Mighetto, Khosrowshahi’s urges can be detrimental for the driver as it will harm the drivers in the long run.

With Uber’s and Lyft shares falling sharply, experts think irrespective of the shutdown, it is not the right decision as it will hit the companies drastically as the demand is already low during the pandemic.