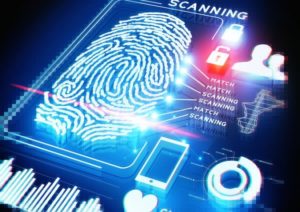 Austin voters have spoken rejecting Uber & Lyft proposition 1 which was set to be voted by the people on Austin May, 7th 2016. The voters of the city of Austin have spoken as Proposition 1 was defeated Saturday by a 55.81percent to 44.19 percent margin, thus approving siding with the city of Austin in the ongoing battle to fingerprint background check Uber, Lyft and other rideshare drivers. Uber & Lyft pored in an unprecedented 8.6 million in advertising campaign money to sway Austinites to support Proposition 1, including emails, flyers and a barrage of text messages that have spawned a FCC compliant lawsuit. Its possible to overkill, excessive cost for ad campaigns and Austinites being inundated with email and text messages may have back fired, turing off voters and tipping the scale in favor of rejecting Proposition 1. Both Uber and Lyft state they will be leaving the city of Austin come Monday the May 8th, which could cause Uber and Lyft drivers financial hardship, and leave Austinites without affordable and safe transportation options. However, 4 other rideshare startups vowed to fill the void, while complying with city and state regulations including fingerprinting drivers.

Another “rideshare” startup called Arcade City run by it s controversial founder Christopher David, who is launching Arcade City as a blockchain-based ride-sharing platform, isn’t quite ready to re-launch its app.Arcade City claims it is not a ‘TNC’, but merely a brand, a culture, a way of being with each other. A peer-t0-peer platform with no middleman connecting riders and drivers without government interference, including requiring fingerprint for drivers whom he’s hinted should only do so by choice. Instead Arcade City has an Austin Facebook page where potential riders can connect with drivers who can offer them rides as a per-to-peer platform, and exchange a “ride” fee based on an honor system and mutual trust. The rides are pre-scheduled only ,and AC will be offering on-demand rides via its app in the near future according to its founder Christopher David.

Can I still earn decent money as a rideshare driver for Uber and Lyft?

Yes! The rideshare wars between Uber and Lyft continue to heat up, and while fares are down both are offering huge sign up bonuses, incentives, hourly guarantees, and other earning benefits to keep drivers behind the wheel to make up for decreased earnings. If there ever was a time to join in and earn some decent part time for full time income, its now. Full time drivers are earnings upwards of $700-$1800 per week depending on the market and city. Lyft sign up bonuses have be off the hook, recently offering new Lyft in LA a $5,000 sign up bonus. You can check your cities sing up bonus for Lyft on our up to date Lyft sign up bonus page. Uber doesn’t publish new driver sign up bonuses but you can check yours by filling out a quick form on Uber’s sign up bonus page then check your email for the bonus in your city.

Note: for both Uber and Lyft, the sign up bonus is only based on “your” market/city, and not what is reflected in the inviters promotional link as that is the bonus for the city/market where the inviter/referrer resides.